Of Rollercoasters and Paper Towels


I’ve gotta say I’m feeling a little weak in my gut right now.  Not exactly sick to my stomach, but quivery like that.  I think rollercoasters leave you feeling like that.  While I haven’t been to King’s Dominion or Busch Gardens today, I have had quite the ride.  The ups and downs have left me dizzy, exhausted and quite frankly feeling like a borderline failure. 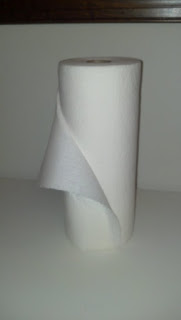 Let’s start with the basic facts; I have a 3 year old BOY!  All boy, all the time!  It’s not for the faint of heart raising one of these precious little beings creatures boys.  They really should come with a case of hydrogen peroxide and a lifetime supply of paper towels.  I know that’s not terribly eco-friendly of me, but some things just need to go into the trash!  Some sort of dial, gauge or adjustment system would be handy, too.

So what makes this day any different?  We had a MAJOR milestone today!  I know what you are thinking.  He’s completely potty-trained. No.  There wouldn’t have been any downs if that were the case.  No, my little genius boy read his first word today.  We were in the van on our way to music this morning when he simply states, “Z and O and O says zoo.”  Then he showed me the sign for a local zoo way off the road.  Who says you can’t learn anything from toys or tv – and reading a bazillion books and constantly working on letters and their sounds?

As the day progressed we had little bumps of extreme sweetness, willful defiance, infectious laughter, and outright spitefulness.  Baking cookies together ended in tears.  Why, oh why, can just the simplest thing turn into a major ordeal?  He is my Refiner’s Fire.  My dross is pulled up right to the surface and instead of seeing our heavenly Father in the reflection I see me in him.  Talk about an ugly, humbling moment!  But that’s just one of many.

The root of so much ill is a lack of good restful sleep.  This doesn’t account for everything, but a lot of it, and we’ve been dealing with this for about 9 months now.  Today we got the go ahead to try a remedy to help with the sleep.  So after refusing to eat his requested dinner (a whole other series there, my friends) I made him a bowl of applesauce with the remedy in it.  Ahh… hopefully we would have a peaceful restful night.
Then there was blood, and lots of it.  Remember the part about the paper towels and hydrogen peroxide?  Somehow he slipped and fell flat on his face on the wood floor as we were going to bed.  I knew it was bad.  I’d watched him fall and could not tell you how it happened, he just went down.  Hard and Fast!  The morning will tell if we made the right decision not to go to the ER.  His lip is busted.  I think his front teeth are okay.  The remedy has kicked in so I’ll go in with the Neosporin to do the doctoring as he sleeps.

That strength of will that shouts “NO” and pushes back from the table melts with tears.  It also melts my heart and my anger and frustration right away.  It leaves the core of bewilderment and inadequacy that any parent, I’m sure, feels at some point.  Everyday perhaps?  And then trying to give thanks in the hard, I know that there could be harder.  A little of a son’s blood from an accident is just a reminder of so much of a Son’s blood that it was followed by water.  And then I truly give thanks for rollercoasters, and paper towels, and hydrogen peroxide, and especially sons.

Email ThisBlogThis!Share to TwitterShare to FacebookShare to Pinterest
Labels: about, boys, faith, motherhood